That puts Man Utd and Spurs level on points now, with Man Utd slightly ahead in the conventional kind of league table because of their better goal difference.

Both clubs have had relatively easy starts to the season. Just take a look at the two clubs’ schedule strength graphs:

Man Utd’s fixture schedule to date has been even easier than that of Spurs.

In the alt-3 league table, then, Spurs are clearly ahead, purely on the basis of what they have achieved so far this season. If all teams were to continue to perform as well (or as badly) as they have done already this season, Spurs would finish the season ahead of Man Utd.

(But they both would be well behind Manchester City!) 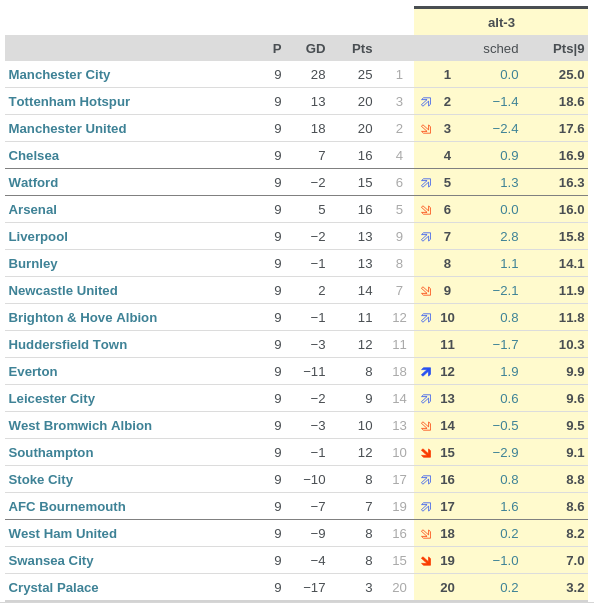 This might all become clearer, of course, when Spurs travel to Old Trafford next week. I don’t make predictions, though.